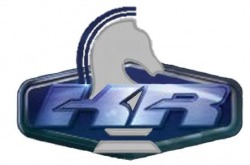 Sarah Graiman- The new director of FLAG, Sarah takes it upon herself to do most of the recruiting for the newly reborn organization. The daughter of Dr. Charles Graiman, creator of both KARR projects, as well as KI2T, KI3T, and KATT; Sarah is the second foremost expert on FLAG. 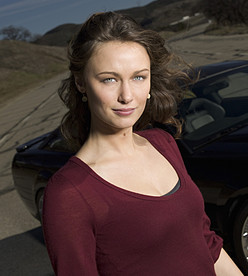 Billy Morgan- as Chief computer specialist, it is Billy's job to make sure FLAG's electronic and cybernetic infrastructure is strong enough to defeat any hacker, as well as research the profiles of any enemy agent and or corporation that they are pursuing while on a mission.

Mike Traceur- The son of Michael Knight, Mike is also the driver and partner of the Knight Industries Three Thousand; the second generation KITT, who also happens to be an black 2007 Shelby Cobra GT500KR Mustang with a red scanner in the front, and transformative as well as stealth capabilities. 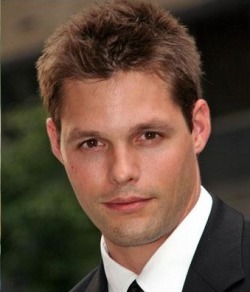 Zoe Chae- Zoe's main job is as an linguist, as she knows at least twelve languages, and as such; she is invaluable to FLAG. She too, is also a computer specialist, but mainly devotes her time translating the different laguages that messages are sometimes sent in; to the SSC.

As the son of an alternate Mike Traceur and Sarah Graiman, Charlie had an advantage in life when it came to science and math. However, before he was born, Mike died, he was killed by a gunshot to the heart, while his mother died of brain cancer when he was eightteen. Charlie is also KAIA's rider and partner, and creator as well.

Michael Knight- as the driver of the newly rebuilt Knight Industries Two Thousand, it is his job to be an representative of FLAG; as well as to go on missions, sometimes with his son and his KITT; but mostly without. 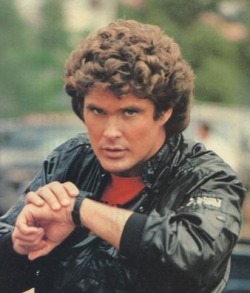 The daughter and only child of an alternate Michael Knight and Jennifer Traceur, Mika is KATT's driver and partner. And, like her father and male counterpart; she too, goes out on missions. Mika also looks completely identical to Mike, except for the obvious differences. 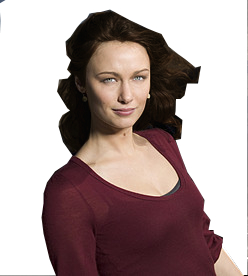 The daughter of an alternate Michael Knight and Bonnie Barstow, Kay is Mike's half sister, and KIM's rider and partner as well. Born three years after her half brother, Kay had one advantage over her older sibling; she grew up knowing the ins and outs of how FLAG's supposed to operate. Like Charlie, Kay created KIM, and worked alongside her mentor; Dr. Graiman, in helping her bring KIM to life once she told him of her idea to use motorcycles as new AIs. Lookswise, she looks like her mother, but acts like her father.

The daughter and only child of another alternate Michael Knight and Bonnie Barstow, she is also KAM's rider and partner. Mishael became the newest Knight Rider after her parents both died in a plane crash while returning from a second honeymoon when she was eightteen. Lookswise, she looks like her father, but has Bonnie's loving compassionate personality. When she was born, her mother wanted to name her after her father, but Michael wanted to give her the name Sarah; as he loved that name, so they compromised, and came up with Mishael; which combined the two names.

An alternate Jennifer Traceur, Jennifer is the mother of both Mike and Mika Traceur; as well as KARMA's rider and partner. In her timeline, Jennifer was one of KARR's original programmers, but left Knight Industries after her timeline's KARR went rogue; not wanting to build another AI that would've eventually went rogue like KARR did. She ended up saving KARR however, when her memory returned, allowing her to remember a back door program that would have KARR reboot his system when Kay reminded her of the word family. Jennifer was also supposed to KARR's original driver as well. 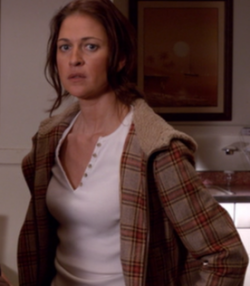 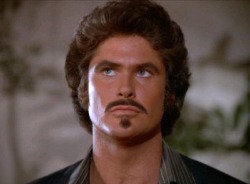 The son of the late Wilton Knight, and the cruel Elizabeth Knight, Garth took after his mother, who was an hard and cruel woman. Later in his life, Garth slowly killed his father over time by slowly poisoning him  with his food; by putting an slow acting poison in it. He later tried to take over the Knight Foundation with support from his mother, but was stopped when his step brother, Michael Knight; confronted him with evidence thast he killed his father, and had him arrested. Even after several failed attempts to kill Michael, Garth still doesn't know when to quit, and pursues Michael in secret to this day. 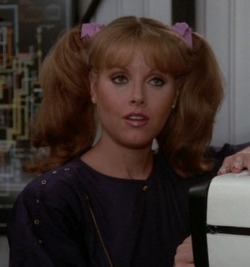 The niece of the late former executive director of FLAG, the Foundation for Law And Government, April was hired on in 1983 to replace Bonnie Barstow; the chief mechanic of the Knight Industries Two Thousand, while she taught at an technical college back east. Bonnie returned a year later in 1984 though, once she realized that she didn't like teaching.  April then left, and went her way, before meeting and falling in love with Garth Sr. She then later married him, and gave birth to Garth Jr. before realizing what kind of man he really was.

The son of Garth Knight and April Curtis, Garth Jr. I s not like his father, as he never grew up around his father. He was instead raised by his mother, who was a former mechanic of KI2T's, and friend of his step uncle's; Michael Knight. Garth looks just like his father and step uncle, but with his mother's blonde hair, and light blue eyes.