This Page is for KACE, KI3T's little brother. KACE has all of the current KARR's combat capabilities, but the combined personalities of both the Knight 2000 (his father, programming wise) (manners and eloquence), and the Knight 3000 (his brother, personality wise) (sarcastic humor). KACE is what KARR would be, if he wasn't corrupted, and had been developed further, programming wise. KACE (pronounced casey) is an 2010 GT500 Super Snake.

Like KI3T ( the Knight Industries 3000), KACE has nanobots that facilitate his transformations from body to body, depending on the situation he is in at the time. 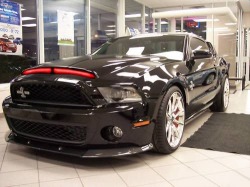 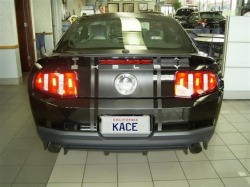