This page is for my newest AI- KARIE, only

KARIE is the newest Knight Industries AI to roll off the assembly line, and is the daughter of the rebuilt and repgrammed Original KARR, who was rebuilt as an 2010 GT500 Shelby Cobra. 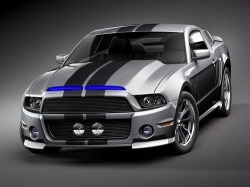 KARIE stands for Knight Automated Roving Intelligent Entity, and her body is that of an 2010 GT500E (Eleanor) Mustang with an modified KR hood, and an 2010 Roush rear spoiler wing, as well two blue double bar led scanners mounted inside the air intakes on the hood, and silver Agent 47 racing styled mirrors as well....

Interiorwise, however, she has an voice orb identical to the Knight Three Thousand's, but done in her father's vox lines, and blue in color with a smoky black background behind the vox lines. Her seats are also identical in look to those that are in the Knight Two Thousand's upgraded body, but are medium charcoal black in color, and are 2008 Saleen S281 bucket seats with headrests similar to KI2T's, but again, without the louvers in the middle of them.

Personalitywise, however, she has the fun flirty personality of April Curtis, combined with the intelligent yet sarcastic personality that is Bonnie Barstow's; which makes for a very interesting AI.

Programmingwise, she is her father's daughter, but has the same technology that her father, uncle, and cousins use on their missions. Her cousins are the Knight Industries Three Thousand and the Knight Automated Three Thousand, or KI3T and KATT for short. 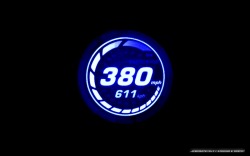 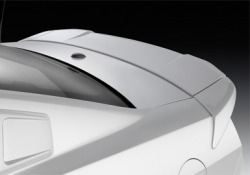