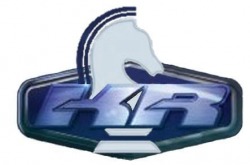 Here, I will explain the different modes and weapons that KATT has compared to KARR; KI2T, and KI3T. I'll start with KATT.

KATT- Like KI3T, she can morph into hero mode, attack mode, and super pursuit mode. However, unlike KI3T, in her super pursuit mode; she morphs into an retractable hard topped convertible, and her spoiler raises a bit to help her accelerate faster. This mode can also be utilized as cruising mode as well, but the spoiler doesn't need to be raised in cruising mode.

Attack mode- Even though her attack mode is basically the same as KI3T's, she does not need to morph in order to accelerate faster when operating in attack mode, as the speed automatically increases AS she's morphing.

Normal mode- In normal mode, KATT is morphed into an normal Shelby Cobra GT500KR with her scanner's color turned invisible. It is still operating, but no one else can see it as they passed or walked by.

Hero mode- Hero mode is a combination of attack and super pusuit mode, wherein KATT's spoiler raises and doubles, body becomes longer like that of an convertible; turbine headers appear on top of her engine's hood, and her wheels' rims change to that of those that she uses when in attack mode, and her retractable hardtop appears as well.

Here's KATT in all of her modes. Here she is in Super Pursuit Mode.

Here is KATT in Normal Mode 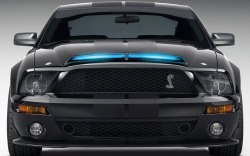 And here's KATT in Attack Mode 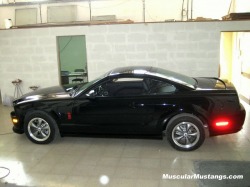 This is KATT's convertible cruising mode body. In this body, KATT is faster, longer, and only uses this body when in super pursuit mode; or when her driver wants to just drive and relax. This body can also be used as a disguise for her normal mode as well